Don’t Wait Until Its Gone 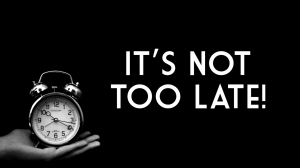 This is a phrase used so often because it carries so much weight.

We tend to associate this idea with relationships but it can be so much more, a lovely home, holiday retreat, school, or in this case, your old Wing Chun teacher.

I have travelled over to Hong Kong so many times I’ve lost count (over 40 anyway) to see my Sifu (Grandmaster Ip Chun) and on most of these trips I have taken students with me, and nearly every time I have, at the end of the trip at least one student would say:

“I want to come back here to train”

Now I do understand the romance of such an idea, but when I did this nearly thirty years ago with just £200 and a one-way ticket, it was because I had too, and because I was invited to do so by the Grandmaster himself, and after my being told by him that there was no one in the UK for me to train with to improve my Wing Chun.

His words, not mine.

The reality of a student doing that these days is not so easy.

I had a guy visit me at my school some time ago, pleased as punch in telling me that he’d gone to China to train Wing Chun there ‘properly’ and wanted to continue his training (training, not studies) now he had returned.

Well, he was dreadful, and I mean really bad.

We rolled for a moment or two (Right Tan/Bong, left Fook Sau) and then I changed positions, to which he told me he had:

“Not done that side yet”

Needless to say, when he went for a silly move, I deflected it effortlessly, and placed a hand upon his chest.

He thought I was a God, when the truth is a beginner would have done the same thing as I did.

Basically this guy had:

Paid for flights to China,

Had to pay for food and accommodation while there,

Had no job while there so spent all his savings,

Plus that fact that not only did he not know Wing Chun before he went there, but he did not speak the language either!

How’s that for making life difficult for your self?

If he’d found a good teacher in his own country, and/or supported that with some online tuition, he would have had ten times the results for a tenth of the costs, all while still having his home comforts and finances.

Obviously going to Asia for a year is a wonderful experience, and I would recommend it instantly (life is too short to be boring), but he went there just to learn Wing Chun.

He DID NOT learn Wing Chun, in my opinion he was robbed.

A year in a monastery would have been a much more fruitful way of spending twelve months in the orient.

Within a couple of miles from where I lived in Leeds was Kirkstall Abbey, the remains of a beautiful Abbey dating back to around 1150 and yet the only people I saw there were tourists from America, Japan and so on, VERY few locals (if any).

Here is a building of real wonder and magnificence, right on your doorstep, and you do not bother to visit, and yet others are travelling half way around the world having this place on their ‘must visit’ list.

So if you want to keep the services you value, keep supporting them.

And the next time you see your teacher,

Please pass on my respects too.