Do You Really Need To Fight? 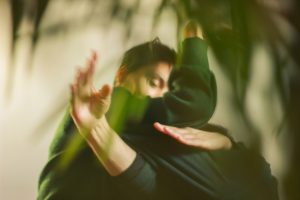 Learning a martial art will most definitely nudge the odds in your favor but this takes time and effort,

AND MOST OF ALL, the ability to use your head (Not literally of course).

The more you train, the better you get, it’s probably less likely you’ll get to use it anyway.

“Why do we throw big punches to defend against in class?

What if the person attacking you is highly skilled?”

A good point, to an extent…

Getting worried about having to defend yourself against a TOP martial artist should not be a real concern, because a top martial artist is not likely to be starting the fight in the first place.

It is those students with delusions of grandeur who go round bragging that their style is the best and that their ‘Master’ can beat your Master.

The perfect example of:

‘A little knowledge is a dangerous thing’.

‘Who can beat who’ –  may, actually be an interesting question, but it is also quite likely that your Master is good friends with their Master and to get to that level of skill has followed an equally long and difficult path to get where he (or she) now is, and therefore not likely to be going out starting fights in order to prove their loud mouthed students correct or incorrect.

And, I might add, if you are the kind of person to go out saying these things then I am pretty sure your teacher would not thank you for it.

Keep that for the movies and the playground, where both should still only be pretend.

Often the violence in a person is their way of trying to prove something.

There have been MANY cases of people who have been thugs in their past but calmed down these violent tendencies completely after studying the arts.

Because they now realize that now they CAN do it and therefore have nothing to prove anymore.

As I mentioned at the start of this blog, it is a strange thing but the more you feel confident in your skills the less you will probably need (or get) to use them.

To give an example of this, I will always explain to my beginners that when a student first walks through my door they want to learn how to defend against a strike that IS on its way in, what I try to teach through Wing Chun is to get them to a point where the strike is not thrown at all.

Through experience comes an understanding of reading a situation and using street psychology.

How many times have we witnessed something building while the person involved has been oblivious?

Until they get hit that is?

I remember once being in a pub when a university student walked up to the bar and almost immediately was picked on by three guys, I could see this building but it was a long way away but it would have nothing to do with me, or so I thought.

I say this because the guy I was with suddenly saw this and informed that the student being picked on was his friend and would I PLEASE help him.

The next thing I saw was the biggest of the gang punch the lad square in the face, making his nose bleed, this gave me little choice but to step in.

I walked down the steps and approached the three guys (passing the student as I did so). I went straight to the big guy (who threw the punch) and congratulated him on hitting the “**** of a student”.

I then told them to watch me:

I went over to the student and pretended to kick him in the ass, but saying very clearly in his ear to “GET OUT”.

He did, and after making sure the gang stayed at the bar, I then followed.

Now the most annoying thing about this whole altercation was what the student said to me outside:

“You do martial arts don’t you, why didn’t you beat just them up?”

First of all (I explained to him), this was not MY fight, I DID step in and I DID get him out safely, AND, not one punch was thrown in doing so, THAT was dealing with the situation with my head instead of my fists.

That to me was a win/win, and THAT, was what my martial arts training had taught me to be able to do.

I’ve lost count of how many times I’ve said,

“Just because you CAN do something, does not mean that you SHOULD”