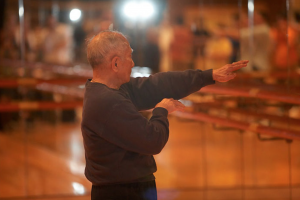 In this blog I wanted to share with you the idea that sometimes, there is very  little difference between a Bong Sau and a Kup Jarn, often an elbow is an elbow, and as in everything in Wing Chun, it is not until the action is being described that we then know what it is we actually did.

I will explain this further in Part 2

For now though I wanted to share this idea using the elbows in a manner similar to that used within the Knife Form (Bart Jam Dao) and the Third Form (Biu Gee).

In this video clip from a class I took just a couple of weeks ago, I am trying to focus, on not just the technique, but all the variables within it where mistakes can be made, or perhaps, how you may better improve ones performance.

Thank you for watching…