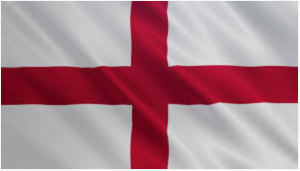 We’re due a result aren’t we?

As millions prepare to watch the big game tomorrow, England V Italy in the final of the Euro 2020 (Englands first final in 55 years!), I am thinking of what must be going through the minds of the players themselves?

Hopefully they’re not just thinking of the win but instead, of staying in the moment, just as you would in Chi Sau, otherwise there may be distractions.

This gets me thinking of when my students are preparing for a grading, getting all stressed and worked up before the big day, when the truth is, by the time the big day arrives, you’ve already done all the hard work and all you have to do now is enjoy yourself and show off what you’ve got.

It also makes me think of the London Marathon, a race of 26.2 miles, at the start of this, the prospect of finishing such a feat seems impossible.

Of course for the athletes this is a race, demanding incredible training to develop such stamina to achieve such pace for such a length of time.

For the tens of thousands of normal runners however, this is more of a personal goal, their mountain to climb, with only themselves to fall back on, or to blame.

Personally I have run many half marathons, although not for a while now and, I might add, always a struggle as,

I am not a running type,

But in 2004 I was one of the lucky ones, joining this illustrious group and getting to run in the London marathon myself.

Of course I trained for this but with my longest run in training just twenty one miles, so I still had five more to add for the big day.

I had a goal obviously, to cross that finish line as I had seen thousands and thousands do before while watching it on the television, but while running the race, if ever I thought ahead to that moment, I just felt disheartened, knowing there was such a long way to go, with no short cuts, no cheating and no easy ride,

You either do it or you don’t.

Head down, one step at a time, supported by the crowd, the cheers, the shouts, the music and all the people around me on the same journey, I went on, and went on.

Eventually I passed Big Ben and the houses of parliament, heading down the last stretch toward the finish.

I remember seeing the 26 MILES mark and thinking I had done it, but then seeing a huge distance ahead of me, realizing and remembering the dreaded .2, to me the longest .2 in history.

There it was, the finish line, just as I had seen it on the TV, but this time it would be me crossing it, as I did with arms outstretched, tears of emotion and joy.

But as I wrapped the foil blanket around my shoulders a lady came up to me and said thank you.

She then explained to me that she was ready to give up, deciding she couldn’t take it anymore, until a point at the 24 MILES mark, where she saw me and what was written on my back.

She told me how she saw that message and decided that if she could follow it, she would be ok, she did and it worked.

So the point is this:

We all may have goals, but when we look too far ahead those goals can seem unachievable and unrealistic, BUT, taking one step at a time you can achieve anything, AND, who knows, perhaps along the way you may help or even inspire others.

So here’s hoping that tomorrow night England are successful and that they take this, one step at a time, one goal at a time.