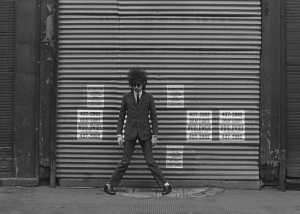 In the UK and around the world, on the 25th January many of us celebrate Burns night by reciting a poem then eating haggis, neeps and tatties (I’ll let you discover what that is for yourself), all in order to celebrate the life of the famous Scottish poet:

We will be celebrating our meal together this evening (and perhaps having a wee dram too).

If Robert Burns, is not familiar to you then one of his poems may well be, especially if you sing it on New Years Eve, it’s called Auld Lang Syne.

To mark the day, it’s always nice to share a poem with you, NOT one of Mr. Burns’ but one from the rock and roll poet himself:

Outside the take-away, Saturday night
A bald adolescent, asks me out for a fight
He was no bigger than a two-penny fart
He was a deft exponent of the martial art
He gave me three warnings:
Trod on me toes, stuck his fingers in my eyes
And kicked me in the nose
A rabbit punch made me eyes explode
My head went dead, I fell in the road

Through rivers of blood and splintered bones
I crawled half a mile to the public telephone
Pulled the corpse out the call box, held back the bile
And with a broken index finger, I proceeded to dial

A black belt karate cop opened up the door
Demanding information about the stiff on the floor
He looked like an extra from Yang Shang Po
He said “What’s all this then
Ah so, ah so, ah so.”
He wore a bamboo mask
He was gen’ned on zen
He finished his devotions and he beat me up again